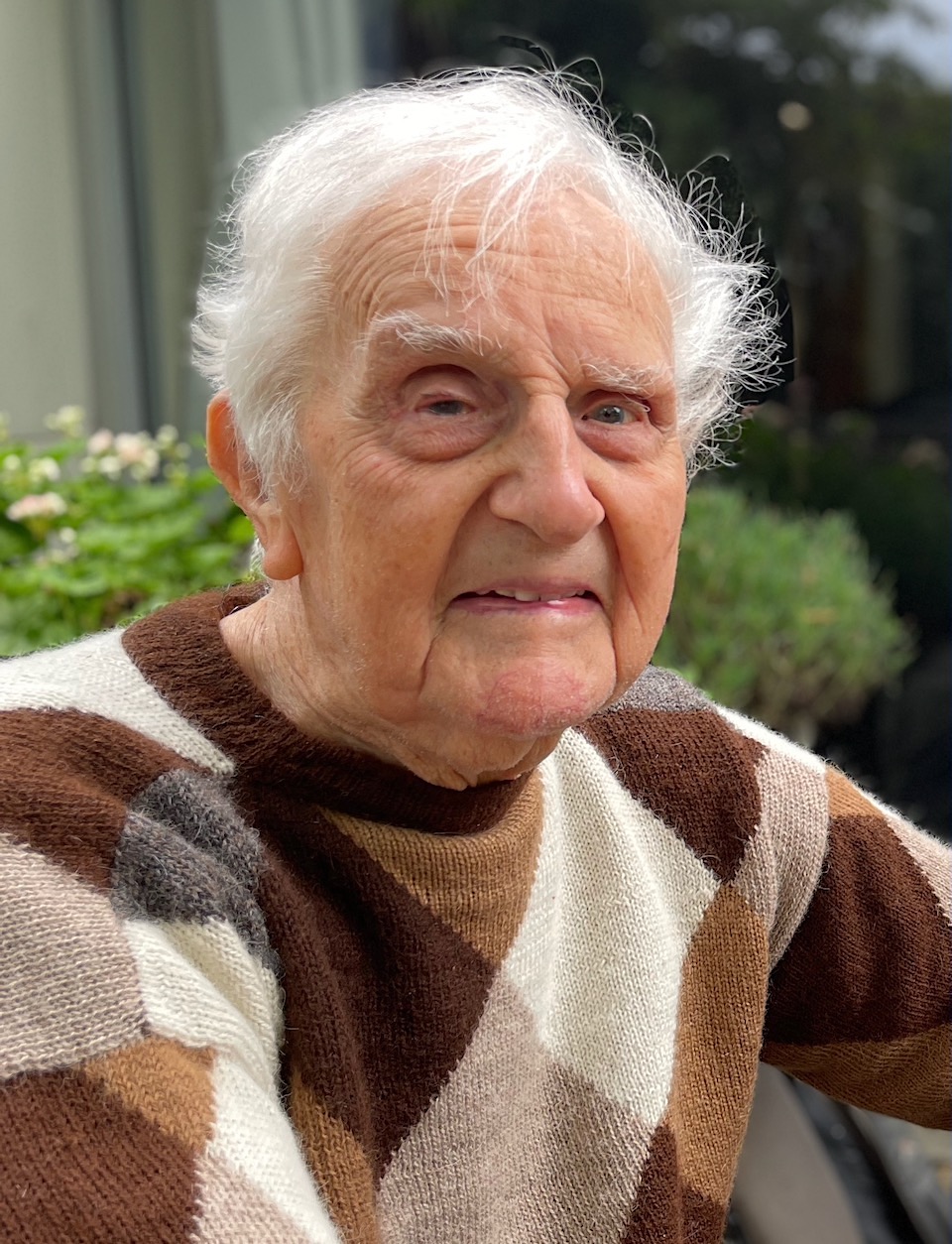 His long life encompassed many experiences and insights that formed the basis for his thoughtful writings.

His six published books were similarly varied: a novel based on his forebear's transportation to Australia in the mid-1800s; thoughts on missing persons, and, leadership; ideas about music; numerous short stories both from his imagination and real-life; and several research articles for the British Journal of Ophthalmology.

Douglas was born in 1922. His father was a builder and his mother had been a shop assistant.

He experienced an austere upbringing in Wellington through The Depression.

He had to leave school early, beginning work as a bottle washer in a factory, and then moved to the public service in the office of the Commissioner of Police. He studied at night school to gain his university entrance exams.

Douglas had an unlikely ambition to be a doctor, despite his mother's warning that studying would "addle his brain".

Despite his mother's objections he left his job for life in the public service to work with his father as a labourer to have the flexibility to attend lectures.

During his first university year, 1941, he was selected in the first ballot for 18-year-olds and spent the next five years in the Army, including two years serving overseas in Italy and in the occupation J Force in Japan, stationed near Hiroshima. Douglas spent his leave exploring the Pyramids, Mount Vesuvius, the ancient sites and museums of Rome, Florence, and Venice, and in Japan talking with the professor of pathology at the local university, and catching snakes.

Numerous incidents from his wartime life were told on National Radio over six nights on the Jim Sullivan Sunday Night Show, and these were the basis for his book of short stories That’s Life.

On his return to New Zealand he completed his final first-year university subject and was chosen as one of ten returned servicemen scholarships to Dunedin Medical School from hundreds of interviews. He had spent five years at one subject a year to gain entry.

But his studies were further postponed when he contracted tuberculosis and spent 10 months on an open balcony at a sanatorium in the Christchurch Port Hills. Later he had one lung collapsed for two years to help treat his recovery.

In 1952 he married another doctor, Margaret Rudd, and had a family of six children. Despite some tragedy they gave Douglas and Margaret great pleasure in their individual way.

In the mid-1950s they travelled to London for eye specialist training.

After five years and following the tragic death of Jocelyn they returned to practice in Nelson during the 1960s. He was the only eye specialist in Nelson for this time.

His own health concerns meant moving to the drier climate of Canberra for 21 years, where he had a busy private practice and was appointed as a senior consultant eye specialist to several hospitals. He was appointed as an adviser to the armed services, and subsequently Vice-regal ophthalmologist for 20 years. His patients included a number of governors general and many diplomats, top military officers, and personnel from the Secret Service. He enjoyed many formal dinners at Government House and his Commonwealth Club, a long way from his humble beginnings.

He was amused to recount that he both started and finished his army years as a private. But he clearly took great pride in finishing his service career as a squadron leader in the Australian Air Force.

On retirement in 1990 he received an Australian Federal award for services to the people of Australia.

Douglas and Margaret retired to New Zealand and spent a dozen years in Nelson.

He volunteered for eight years at the School of Music, cataloguing the 50,000 items in the music collection and editing the school journal issued four times a year. He wrote almost 40 articles about music at that time. He received a Pacific Award for services to the people of Nelson for this work.

He pursued his talent for singing, with his deep, rich bass voice. During the winter of 1940 he sang in the 2ZB Bohemian Choir in Wellington, performing every Sunday evening. Later he had roles for Canberra Opera, with his major role that of Grand Inquisitor in Don Carlos with the Australian Opera in front of audiences of 1200. He also created and sang in his sextet giving many Australian Arts Council concerts and Leider concerts. Through the years he often performed as a soloist at Leider Society concerts. He had a lifetime interest in classical music.

After retirement he began writing and in 1994 won first prize in a national short story competition. He then wrote and published six books on a variety of topics. A series of short stories about his wartime adventures was broadcast on Radio National on Sunday nights.

Douglas and Margaret moved to Tauranga's Althorp Retirement Village in 2006 due to Margaret's failing health. She passed away after 60 year's marriage.

He returned to Nelson for his final 15 months to be closer to his family.

Douglas had a lifetime of service to his communities.

First as a soldier for those five war years, aged 18 to 24, then as a doctor, after retirement volunteering, then many years looking after his adored wife.

Douglas was dedicated to his profession. A skilled eye surgeon who operated on thousands of eyes, he spent countless nights in the operating theatre in the days before seat belts in cars, as well as dealing with injuries and routine operations.

He had the luck to be in the right place at the right time.

The artillery crew that he was assigned to in New Zealand were all killed in the Battle of Cassino. He had been transferred to the Medical Corps when it was found that he hadn't yet turned 21, the age required to serve overseas.

He was stationed in Bari in Italy and ate lunch at the nearby harbour most days. Something detained him the day a large ammunition ship blew up, the largest explosion of the Second World War.

On the other hand, it was hard work, not luck, that saw him gain a training position at the leading hospital in London ahead of his contemporaries.

But he would acknowledge his biggest lucky break was meeting young Dr Margaret Rudd who saw the qualities of a shy, sensitive, and determined man. She was several years ahead of him, although he was older due to his war service.

He took great pride in operating with Margaret assisting.

Both were deeply affected by the tragic loss of their two-year-old daughter Jocelyn, and the later mystery of the very public disappearance of son Peter.

He was a devoted carer for many years for his beloved wife of 60 years Margaret.

Their ashes will be interred together in Nelson.

At the heart of each short story in this intriguing collection is a parable, a universal truth that strikes a chord in all of us. The stories concern very human psychological situations: the vagaries of love, the pitfalls of envy, the sacrifices of ambition or, in the award-winning story ‘The Legacy’, how ridiculing another person may come back to haunt you. Some stories here are fiction. Others — as with the timeless wisdom of parables — sail very close to home.

These stories are shorter than many. Parables are universal tales, and do not depend on the particular people they involve. The characters in the stories represent anybody in that situation. They behave as they do regardless of their background or personality. Thus character development is not only irrelevant, but could also be misleading. 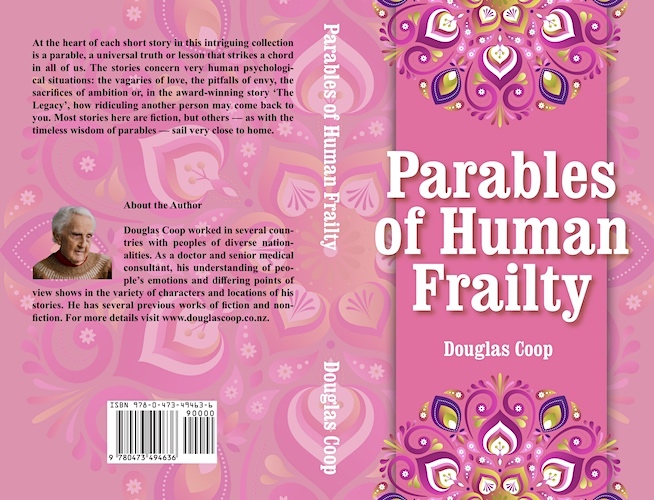 The main theme of this book is a sociological and psychological examination of crowd behaviour and people power. Written for the general public, it draws on a century of fieldwork, and brings together the opinions and guidance of many scientists eminent in their field to give modern-day insights into this traditional area of interest.

Nowadays, crowds respond in different ways to the many types of leaders: politicians, teachers, preachers, and the stirrers of public conscience, as well as anybody in the position to influence crowds in times of social strife. Social media now gives great power to individuals, enabling a single person to influence people worldwide. 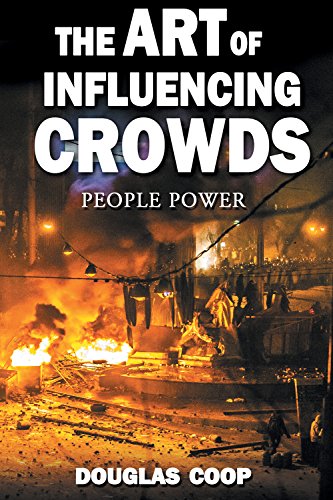 In 1834 young George White becomes a victim of intrigue. He is arrested in England and sentenced to transportation to 'parts beyond the seas' for a period of seven years. We follow him through jails, a Thames prison hulk, and the long sea voyage ending in a famous shipwreck. In Australia he finds romance, but they both face many more challenges in a story of adventure, intrigue, and romance. 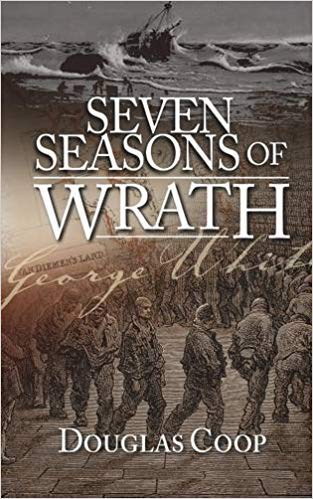 Thousands of people go missing each year, exceeding the combined number of traffic fatalities, suicides, and all the injuries requiring hospitalisation. In addition, each person reported missing affects at least twelve others emotionally or financially; immobilising families as there can be no closure until the fate of their loved one is resolved.

From the Sidelines of Music presents a collection of articles embracing a musical theme, each written for the newsletter of the Nelson School of Music in Nelson, New Zealand.

The essays do not deal with the technicalities of music. Rather, they explore the relationship of music to other spheres of modern society and the long path music took before reaching its present form is in place in today's society. Douglas Coop also examines composers and how they wrote their music, and includes several humorous asides, as well as two final added articles that did not originally appear in the newsletter.

"We all have a full tapestry of memories, and I believe they fall into two categories. We have a store of personal reminiscences and life-changing experiences of value to us alone. But added to these, many of us have a few out-of-the-ordinary incidents that may stir interest or amuse others. Like many people, I have had unusual events crop up every now and then across the years. None have been cliff-hanging dramas, but simply things out-of-the-ordinary for many people."